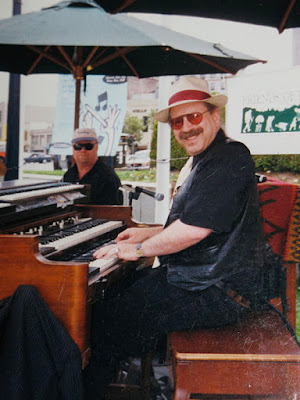 My old neighbor John Paul shot this photo - I heard someone say "Hey Jon", I looked around and John shot the photo with a compact film camera he always wore around his neck. About a week later he slid the photograph under the door of my apt. Not long after that I heard very sadly that he died of AIDS. He was a beautiful cat, very nice of him to come down to my humble band gig in front of
SF City Hall
lunch concert - that's Jim Preston on drums to my right, also gone sadly. I'm playing my 1965 Sherman & Clay Hammond B3 Organ + 122 Leslie there -
Jon Hammond
https://commons.wikimedia.org/wiki/File:Jon_Hammond_at_1965_Hammond_B3_Organ_in_concert_San_Francisco_City_Hall.jpg
File:Jon Hammond at 1965 Hammond B3 Organ in concert San Francisco City Hall.jpg
#HammondB3Organist
#LunchConcert 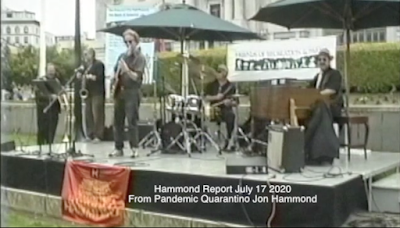 Hammond Report July 17 2020 From Pandemic Quarantino Jon Hammond - Music and Stories from organist & accordionist Jon Hammond with daily update, today's story & music about special lunch time concert I played with my band right in front of
SF City Hall
San Francisco California
for a very nice mixed audience, some brought their lunches on lunch break from work and some were homeless folks sleeping on the lawn in front of City Hall. My heart goes out to all the homeless in San Francisco and all over the world! I broke out my 1965 Sherman & Clay Hammond B3 + 122 Leslie speaker for this gig - on the band
James Preston
drums (very sadly now deceased),
Steve Campos
flugelhorn & trumpet (also very sadly deceased), Harvey Wainapel tenor,
Barry Finnerty
guitar and yours truly Jon Hammond at the B3 organ - original composition "Hip Hop Chitlins" on a windy day in sunny San Francisco! Everybody stay safe out there and keep masking up until this thing is over - have a beautiful weekend, and I'll be back tomorrow with another daily Hammond Report!
Jon Hammond
-
Jon Hammond Band
#HammondReport
#HammondB3Organist
#SFCityHall
#HipHop
#OrganCombo
#MusicAndStories
#17July2020 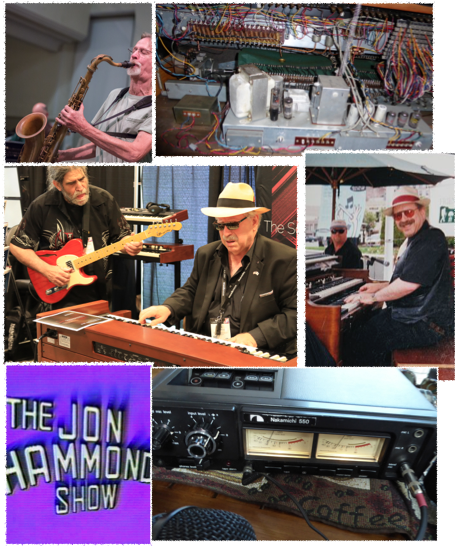