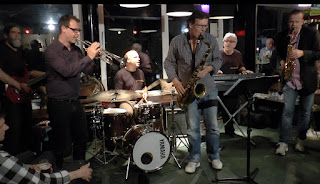 Adderley is perhaps best remembered for the 1966 soul jazz single "Mercy, Mercy, Mercy",[5] which was written for him by his keyboardist Joe Zawinuland became a major crossover hit on the pop and R&B charts. A cover version by the Buckinghams, who added lyrics, also reached No. 5 on the charts. Adderley worked with Miles Davis, first as a member of the Davis sextet, appearing on the seminal records Milestones (1958) and Kind of Blue(1959), and then on his own 1958 album Somethin' Else. He was the elder brother of jazz trumpeter Nat Adderley, who was a longtime member of his band"

"Later in 1975, he was inducted into the DownBeat Jazz Hall of Fame.[6][16] Joe Zawinul's composition "Cannon Ball" on Weather Report's Black Market album is a tribute to his former leader.[6]Pepper Adams and George Mraz dedicated the composition "Julian" on the 1975 Pepper Adams album of the same name days after Cannonball's death.[17] 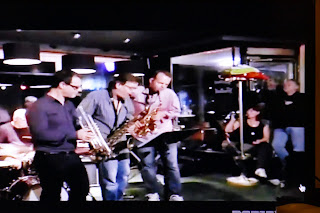